Four years ago a rollover and subsequent investigation recommendations involving a ‘raptor’ transporter vehicle on a central Queensland mine site, which killed a grandfather of two and injured a further five, prompted changes that came into effect last year.

Those recommendations included introducing the following controls: seat belt use and monitoring; design and construction of roads including berm specification [dirt and rock piled alongside the edge of a road]; road inspection schemes; adequacy of roll-over protection; vehicle stability; ensuring drivers are competent and authorised; suitability of speed limits for pit conditions; and speed monitoring – as well as a preference for all-in-one transporters in lieu of traditional ‘pod/module’ truck bus whenever possible. 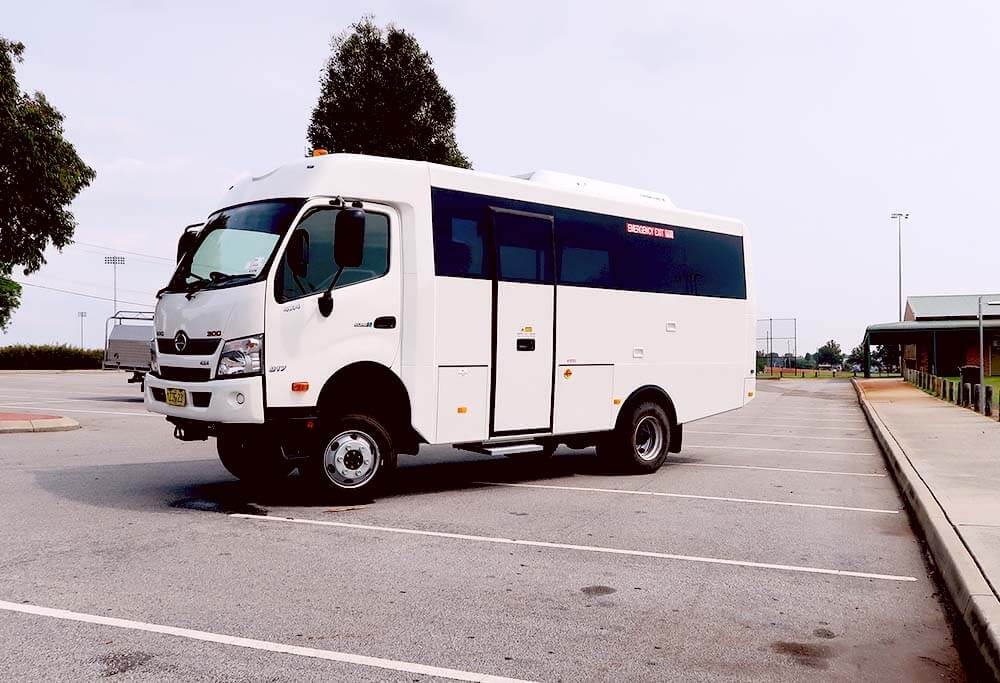 Perth-based Omnibus Services had a very practical philosophy when it came to the Omnibus Hino 817 300 4×4 Bus – keep the driveline (engine/gearbox/transfer case/differentials/axles/steering) all original fitment as supplied by Hino. Omnibus then structurally mated the cab to the body and completed the conversions by trimming the interior to a seamless standard that matches factory quality. Engine access for checks and maintenance access is via hatches fabricated between the driver and front passenger. A Thermo King X-500 roof mounted air-con is spec’d to turn the interior into a very comfortable environment. 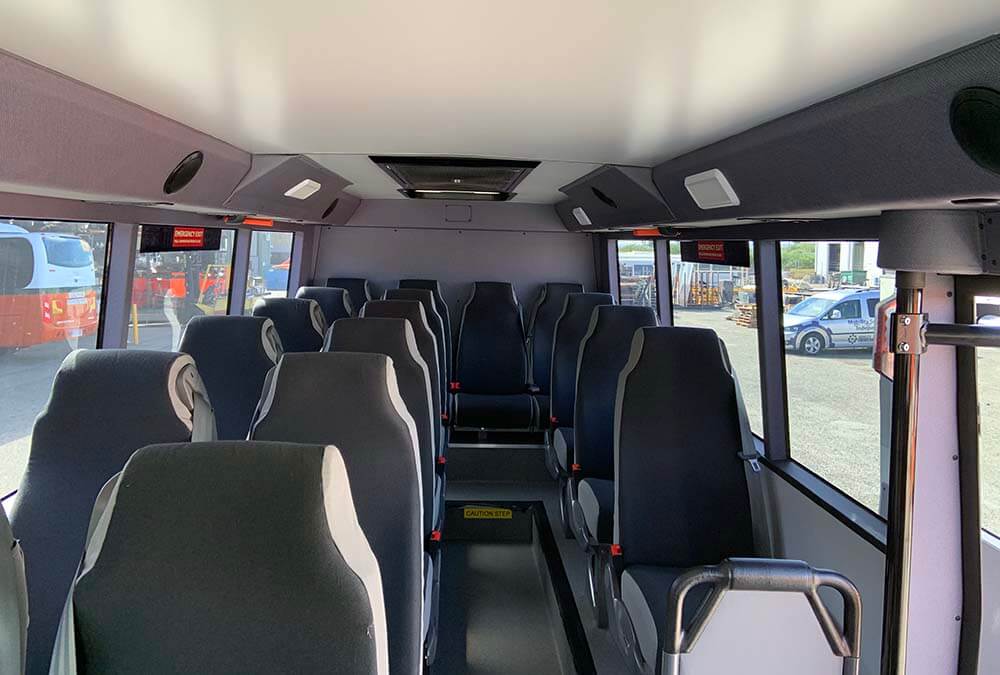 The HINO 817 300 4×4 platform was selected for several reasons: this model was tested and developed in Australia’s remote and regional areas for three years prior to production and introduction. Also it’s backed by an Australia wide HINO distributor network, and finally this is the only vehicle in this class to feature vehicle stability control (VSC).

According to Omnibus’s business development manager David McLaurin, the company’s customers – and indeed all potential buyers of the bus he has contacted – have made it clear VSC is a non-negotiable feature of any new personnel transportation tender.

“Omnibus are well ahead of the regulators in this field,” he said. Testing of the prototype is on-going, and there are still some changes in process.

“We are also looking at a super single wheel/tyre option, which will increase the under differential (lowest point) to massive 275mm. However, that will require an adjustment to the VSC software to take account of the higher centre of gravity,” he added.

Omnibus Services has successfully sold pod bodies on trucks for several years. Its product is well known for workmanship and durability. Yet, as McLaurin noted, “…the market for pod bodies has all but disappeared, so it’s become uneconomical to keep building them. This new Hino based product isn’t just a development upgrade, a point of difference, it’s a necessity.”

McLaurin explained to ABC magazine that various building and importers have tried to fill the market hole with a retrofitted 4×4 system or low-volume and not well supported products.

“We at Omnibus are a preferred repair facility to many operators, and as such we have learned from the mistakes that others have made. Cracking in frame joins is always a concern in bodies that are engineered for primarily on-road work,” he said. 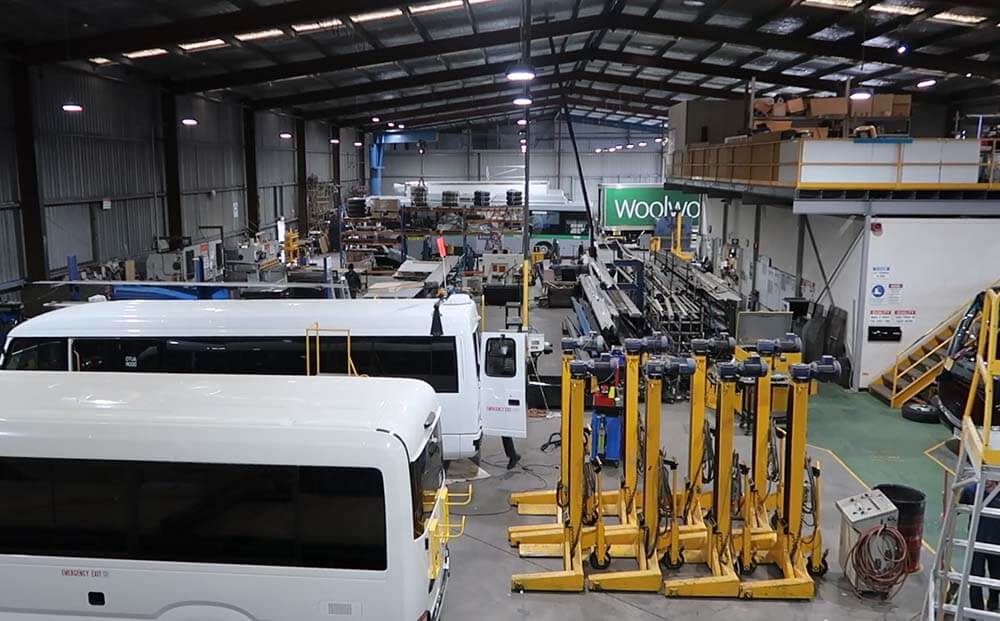 Omnibus is a trusted outfit in WA in relation to bus engineering. Omnibus had been contracted as a third party to facilitate repairs under original builder/supplier warranty. Up until that time the company was building a couple of new buses a month under its brand name TOST – The Omnibus Services Trust.

Design, engineering and construction was all done at the Canning Vale, Perth, factory. However, general manager Ken Gillam explains that since the increased importation of fully built buses from China, local production has been priced out of the market. “We’ve adapted,” he said.

“We had to. Our business now is primarily boutique bus building, service, refurbishing, repairs, and paint and panel work. Our people’s skills have been honed in designing and building buses for local conditions for over several decades. That’s why we have contracts with Transperth, for example.” 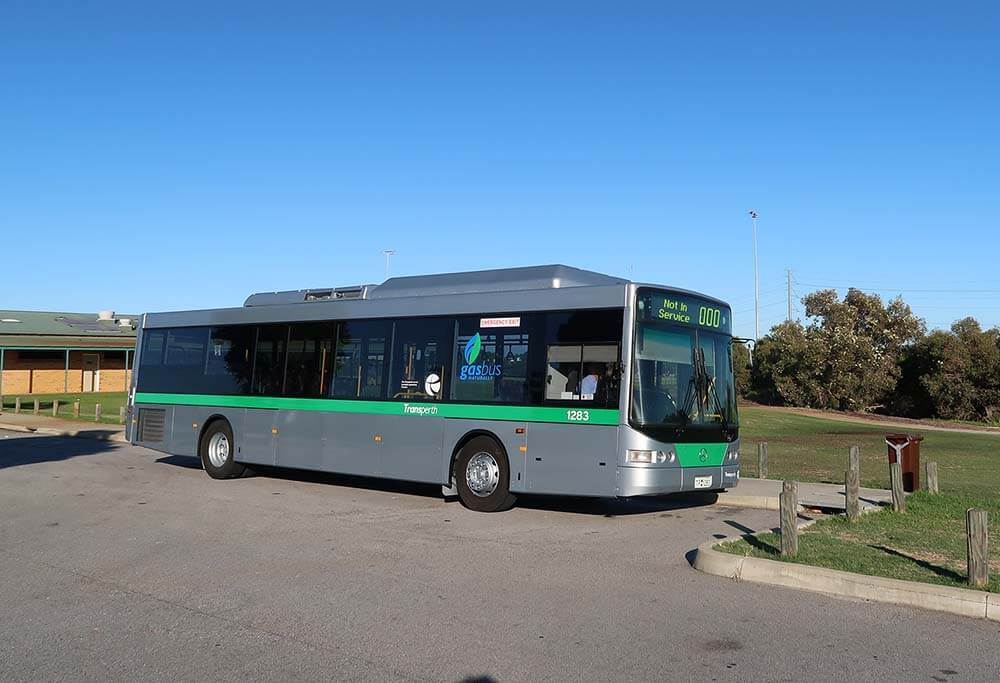 Central to Omnibus’s local service reputation is a 25-metre spray booth, two 4.5-metre booths that can be linked, and a 600 square metre preparation area.

The factory attracts a steady stream of customers who need re-paint and/or rebranding and insists on Sikkens paint products to extend service life.

The company also has a small fleet of OEM Toyota HiAce SLWB disability buses it modified for wheelchair access. Clients complained about vision with their eye-line and the top of the rear windows. Omnibus replaced the windows in one fleet vehicle with extended panoramic vision. It’s now a sort-after bus when on-hire enquiry is made. 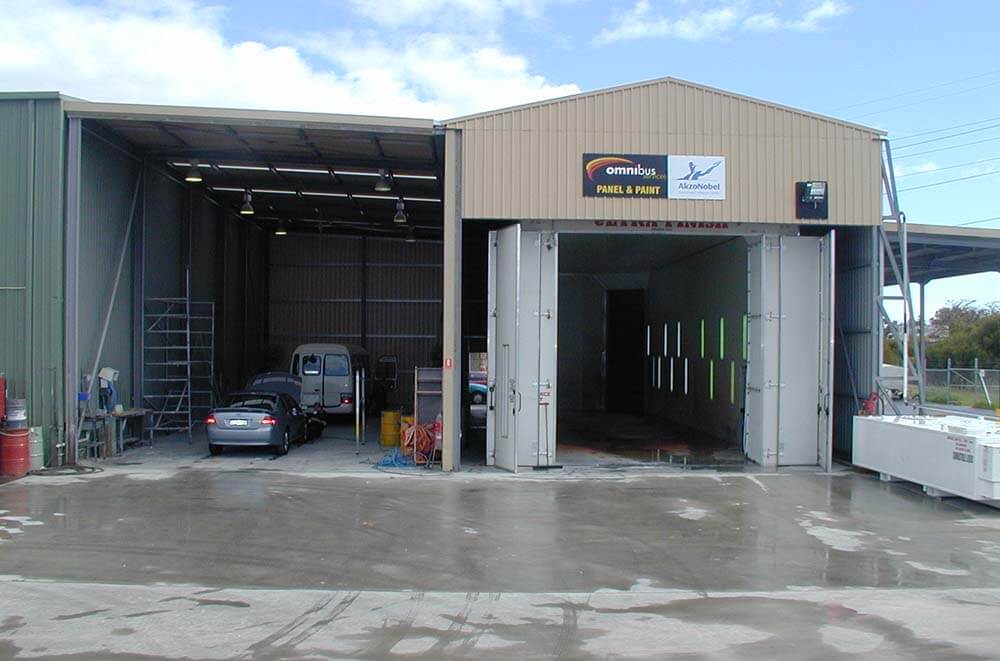 But Gillam and McLaurin are excited about their latest Hino.

“It won’t fully replace the mainstream bus production that defined us for decades, but its application across both mining and recreational markets opens up our local manufacturing to a far broader customer base,” they said.

The Pryor Family Group of Companies is a wholly owned and operated family business that has operated in the West Australian bus industry since 1956. It was one of the largest bus and coach businesses in the state with multifaceted expertise in bus design, manufacture, conversion and repairs, as well as operating a fleet of 150 buses in Perth, Laverton, Mandurah, Karratha, Kojonup, Mt Barker; the bus contract operations were sold in 2004. 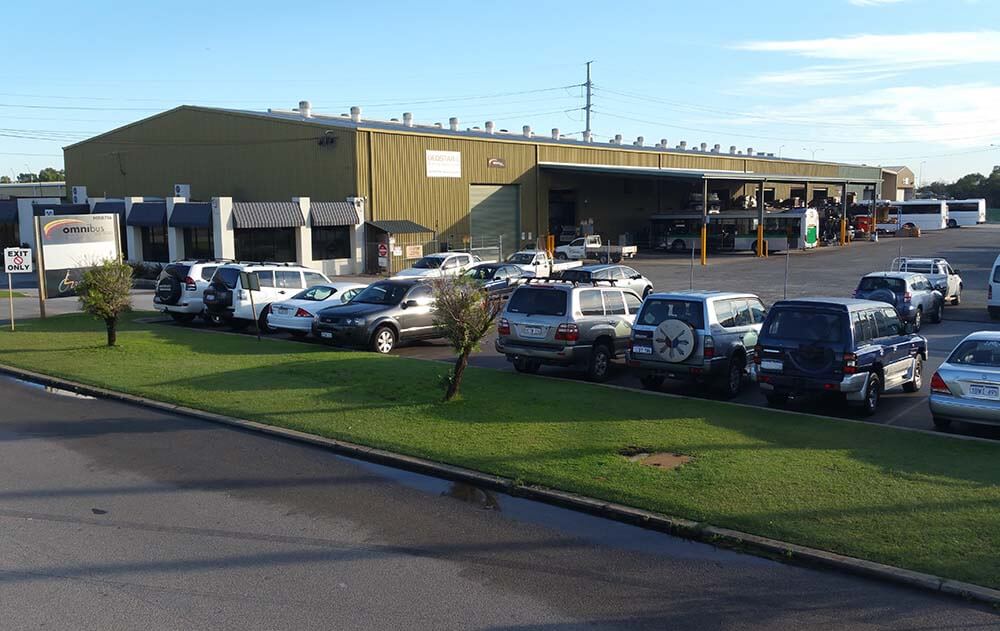 Omnibus Services says when purchasing a TOST/Omnibus body that repairs, parts and warranty issues which may arise will be dealt with directly by the manufacturer in Western Australia. TOST bodies are manufactured to suit all types of chassis including Volvo, Mercedes-Benz, MAN, Scania, Iveco and Hino, ranging 35 – 59 seats.